Element in the Register of the intangible cultural heritage:
2-00028: Making Idrija bobbin lace
Date of inscription:
08/08/2013 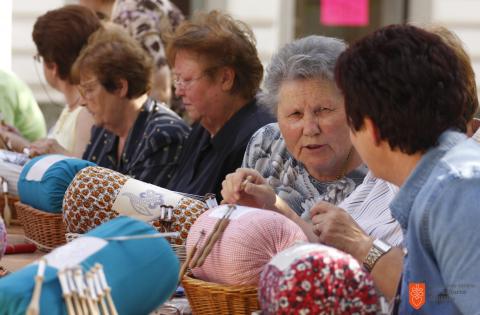 Bobbin lace making involves the use of special tools called bobbins that hold the thread. Lace making has been present in the Idrija area since the second half of the 17th century. In the 19th century it spread to a wider area, where it has taken on ever new expressive forms.

Bobbin lacemaking in Slovenia was on November 29th listed on the UNESCO Representative List of Intangible Cultural Heritage of Humanity.